This has got to be a joke, right? 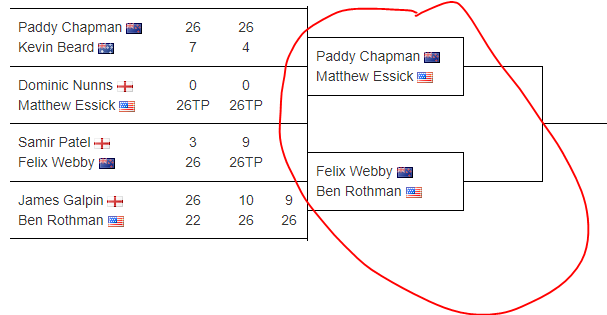 Eugene Chang has provided a web page to track the ACWC Fantasy Standings:

Due to various TCC members not being available over the Labor Day weekend, we are hoping to hold. Midwest Regionals over the 4th weekend in September, Thursday, 9/24 - Sunday, 9/27, 2020. We still plan to host the Indian Territory Open over Memorial

Eugene Chang presents a preview and consolidated list of resources for following the 2020 ACWC on the CA website:

The Croquet Association (UK) has posted a summary of updates for 2020 and a link to full regulations.

The UK Croquet Association has posted a report on their January Council meeting:

The provisional management accounts showed a deficit of £36.5K for the year, though about a third of that would be charged to the development fund, being the remaining c

Trailing 2-3 after day one, the New Zealand team have put on a masterful performance on day two. After splitting the first two g

This article alludes to a long-standing croquet team league in Kolkata, India. Even more interesting the photos show a unique layout and wicket design.