A big key to playing successful croquet for any version of the sport is hitting your distance accurately. Here’s a simple drill intended to wire your brain for variable distances. The drill works on a smaller scale indoors if you have the space or it works on the court.

You can run the drill with any number of balls, but it’s pretty easy to get started with just the standard four in playing order. Line them up on the north or south boundary about one foot apart. For this scenario start by hitting the first ball [U] out about the distance of a ball. Move to the next ball in the sequence [R] and try to hit it just further than the previous ball perpendicular to the boundary. Follow the pattern with K getting just past R. Y follows as the last ball in the series going past K.

Now flip to the other side, and try to hit K back to the boundary, leaving Y on the court. Hit R back to the boundary and then U. Flip again and start with K trying to hit past Y left out as the new distance standard earlier. R then goes past K and you should see the pattern development as shown in the diagrams below. The idea is to line up diagonals and you can go across the full distance of the court with the drill or you can focus on short distances as well.

What happens if you don't hit near the target spot? Just push the ball into place and proceed on. 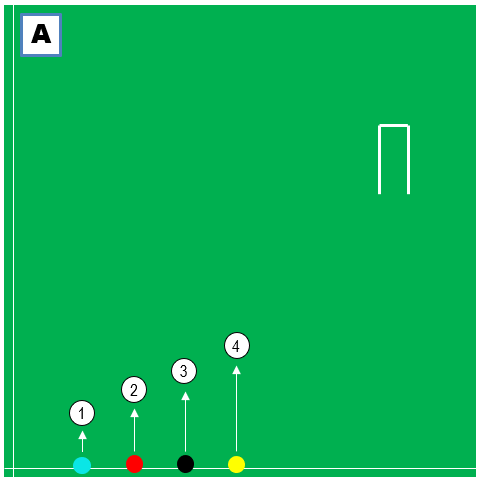 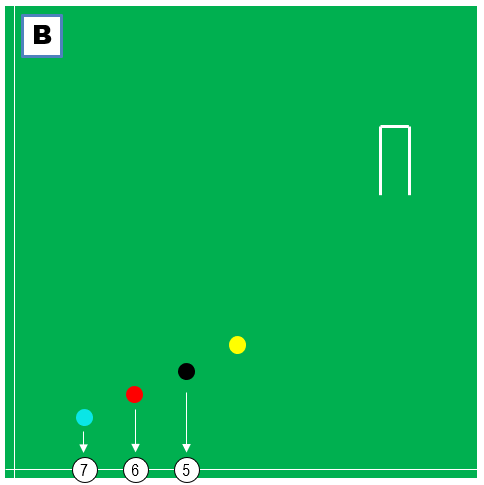 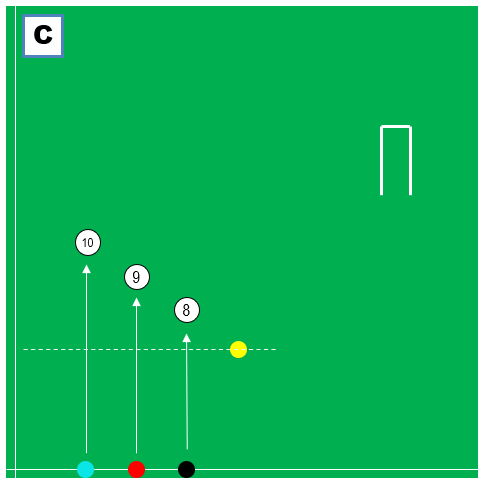 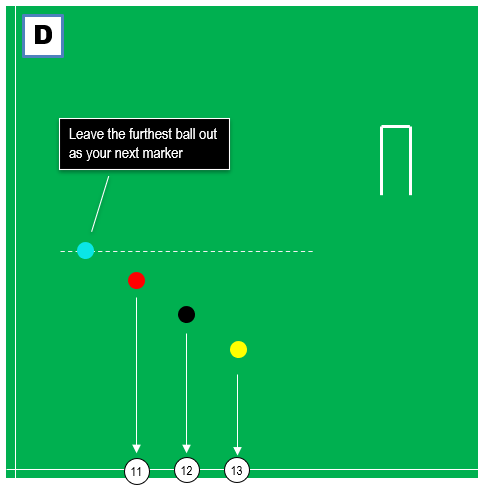